CES (Consumer Electronic Show), which is the largest f its kind, is going on in Vegas right now. Here we bring you reviews of what we thought are the top 10 products we have see at the show.

Motorola Xoom Tablet won the best gadget award at CES. According to Motorola, this is the world’s first tablet with a dual core processor and Android 3.0. Android 3.0 features the Honeycomb OS which is Google’s upcoming mobile operating system. The tablet features a 10.1in screen with a 1280 x 800 pixel resolution and will be launched early next year. This seems the best contender to compete with iPad out of all the other tablets, but it was definitely not an iPad killer.

Motorola Atrix won the award for best Smarphone category. It is a smartphone that can be connected to a docking station that has a screen and used like a laptop. Formerly known as Motorola Olympus, it is now called the Atrix 4g and will be offered on the AT&T network.

The laptop dock is made of of a full-size keyboard and a 11.6-inch screen. The Atrix 720p HD video playback can be streamed to an HDTV where the full HTML tabbed Firefox browser can also be displayed and used.

“We took big risks and they paid off,” said Motorola Mobility chief software engineer Seang Chau. “We didn’t know if people would get it; but obviously they got it.” 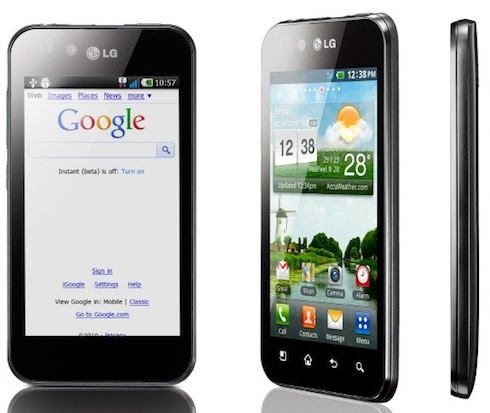 LG announces the world’s smallest smartphone, with a width of just 9.2mm. The NOVA display is also said to be the brightest and most readable mobile screen with 700nits for optimal visibility. Optimus Black runs on the Android OS. Flaunting a 2 MegaPixel front-facing camera aside from a more powerful one at the back, LG Optimus Black allows users to use high quality video telephony functions after platform upgrade. Pricing has not been released yet, but LG said it will be reasonably priced. It is expected to launch in first half of 2011.

Designed to “enhance your Windows 7” experience, Microsoft has released a new kind of Touch Mouse that offers gesture-based navigation in a familiar form factor. This mouse is more than just a one trick pony; there is a cavalcade of gestures programmed into the Touch Mouse, such as horizontal scroll and expanding all open programs. The Touch Mouse comes with a 2.4GHz nano USB receiver that can plug into your PC and transmit wirelessly to your mouse. It will be released in June 2011 and will be priced at $79.95. It also currently available for pre-order from Microsoft Store and Amazon.

Barnes & Noble NOOKcolor won the Last Gadget Standing “People’s Choice Award.” It is the first full-color touch Tablet. The device is powered by Android. It can store about 6000 books and has a resolution of 1024 x 600 pixels. The device has been in the market for a while and sells for $249. It seems that there is already hack that turns the device into a Kindle.