Every year Apple introduces a new iPhone model with new flagship level features. This is true even in the S model years. With the introduction of the iPhone Plus, there is now a new feature intended only for the larger model. This presents Apple with a problem. It now needs at least two new standout features every year.

This year the rumored new standout feature for the plus model is a dual lens camera. A dual lens camera is meant to be a considerable improvement over a single lens model in low light scenarios. The working theory is that two shots are taken 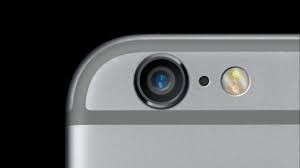 Apple is not the first to market with kind of camera. HTC tried (and failed) to get the technology to the mass market. The camera was dubbed the Ultra Pixel. It showed no real improvement in image quality and did so at a much lower megapixel count. This is a hallmark of how Apple approaches tech. If the feature is not original, Apple will take an existing idea that was not successful and make it work.

The dual lens camera is not guaranteed to make it to market with the upcoming iPhone 7. Two models are in testing. One with the dual and one with another competing but unnamed feature. Based on internal user feedback and testing, Apple will decide which one to introduce. Regardless, you will still need an iPhone 7 Plus to get it.